Sara Gurpal was approached for the Popular show Bigg Boss last year, but could not make it due to uncertain circumstances. However, it looks like this year Bigg Boss 14 will host Sara Gurpal as the venue. She performed many Punjabi songs as a model – slow motion, Adhura love, 3 pegs song.

In addition, she acted in Punjabi films like Manji Bistrare and Dangar Doctor. Recently, she appeared in a web-series and Mrs. and Mr. Kohli’s and at the moment she is working as a diamond in Zee Punjabi’s A Heer Ranja.

After satisfying Shahnaz Gill and Himanshi Khurana, the viewers of Bigg Boss 14 will see another Punjabi actress, Sara Gurpal on the show. According to news, She has signed on to be on Bigg Boss 14.

According to reports, this year Punjabi actress and model Sara Gurpal is all set to perform her role as a contestant on the BB14 show. Sara has a lot of fan following on social media. Last year, Sara was approached for the show, but due to some conditions, she could not do so. However, it looks like BB 14 will have a contender for the title this year. It will be interesting to see how much she entertains the audience this year. 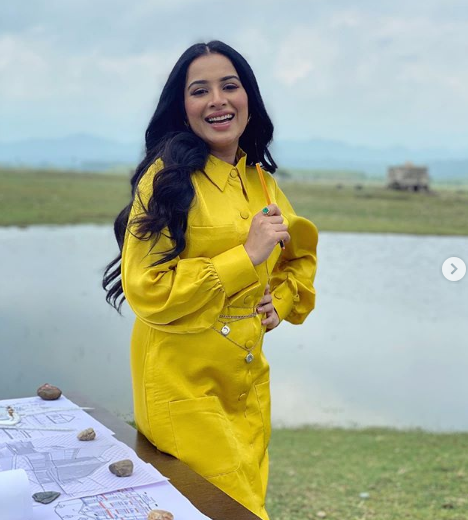 Sara’s real name is Rachna and she studied fashion designing in Chandigarh. She was Miss Chandigarh 2012. Sarah made her music video debut in 2014 with Paranja. She is identified by this video called Jean. Then the whole Punjabi film Manji Bistre and Dangar Doctor Jelly also appeared.

As a singer, his songs like ‘Ishq Bheere’ and ‘Lagdi Atta’ were much loved. By the way, Sara is very fond of dance and her dance is very famous in her songs. ‘Slow Motion’ and Sherry Mann’s ‘3 Peg’ is her famous videos. He has done that work with great singers and artists of Punjab.

Let’s see what everyone should do to entertain the audience in Bigg Boss Season 14. It will be interesting to see if she is able to grab attention. Fingers crossed!