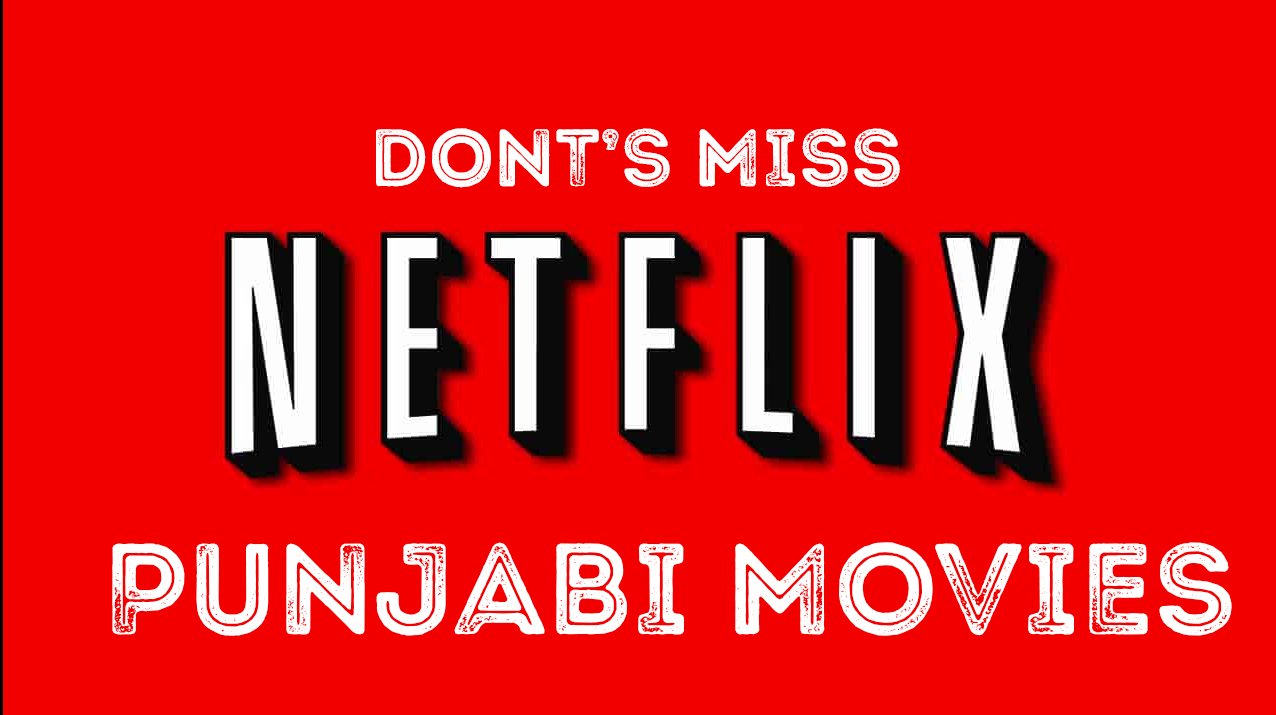 Are you a Netflix movie lover or do you like to watch new Punjabi movies? If you are looking for what are the popular Punjabi movies are available on Netflix then you’re on the right site. Here I have mentioned many of the best Punjabi movies in Canada which are fully available.

If you’re are Punjabi movie watcher then you know very well what are the Best Punjabi comedians are there. Like Jaswinder Bhalla, Karamjit Anmol, Binnu Dhillion and many other superstars are therewith to showcase their comedy timing. The Netflix Punjabi audience is mainly from Canada and India. Which love to watch online.

In the 2019 -2020 year, there were super-duper hits Punjabi movies released. Punjabi movies are especially known for comedy, Romance and nowadays growing with action movies as well. Even Netflix wants to capture the Punjabi audience as well.

Punjabi community has a question in their mind, Is Netflix provides Punjabi movies? If yes will the price same as for all the packages he sold of people. New Punjabi movies on Netflix updated every week.

For those people who really want to watch how Punjabi people gather together in a married function and what to do in Punjabi marriage. then Manje Bistre is specially made you.

Manje bistre is all about a Punjabi man who falls in love with a while assisting his cousin sister’s marriage in marriage then he wanted to get married to her. This movie made in Different villages in Punjab.

Qismat is also a good movie for those people who want to watch a romantic and comedy movie. This is the movie where Punjabi superstar Ammy Virk and Sargun Mehta played an Important role in the movie.

This a 2019 Punjabi movie where Gurnam Bhullar and Sonam Bajwa in the lead of the Guddiyan Patole movie. This is a basically Drama and Comedy movie. The IMDB had given 7.5 ratings to this movie.

If you are a Punjabi family then there is no need to tell you who is Diljit Dosanjh. We all know who is he. Diljit Dosanjh has done plenty of Punjabi movies and songs. He’s one of the top Punjabi grossing movies was Sardar Ji and Jatt & Juliet. Both of these movies were done by Diljit and Neeru Bajwa.

People really enjoyed this movie a lot. Even I watched the Sardar Ji movie more than 10 times. This Punjabi movie fully packed with Comedy and Drama. Netflix has done a great thing to added Sardar Ji movie in Punjabi collection movie. IMDB had given this movie Rating 6.5 However what Punjabi people thought about Sardar Ji’s movie is 9.5 Rating. with all the characters had added in the movie. I definitely recommend this movie if you are looking for a comedy Punjabi movie Just watch it.

Jatt James Bond is a comedy and thriller type of movie. This is a movie released in the year 2014. If you’re looking for a thriller movie. then this a Punjabi made you especially. In this Gippy Grewal and Zareen Khan played a lead role. Jatt James Bond movie songs were quite popular in that year. This movie got 6.7 from IMDB. This is a good movie to watch on Netflix and Canada People as well.

Are you that boy who really loves your mother if yes then this is a Punjabi movie made for you only. This is a movie where a young Punjabi mother a lot. He cares for his mother better than anyone. IMDB had given to this movie rating overall 7.5.

Are you a youngster boy who lives with friends? This is a movie made for Friendship and Drama Gerne. I really liked this movie a lot. This movie shooted in the United Kingdom. If you have a best friend then your best friend should watch these Punjabi movies on Netflix Canada.

This is a Punjabi animated movie religion story. Which is based on Punjabi Guru’s Ajit Singh, Jujhar Singh, Zorawar Singh, and Fateh Singh? If you want to how sacrifices had done by Chaar Sahibzaade of Guru Gobind Singh Ji. This is an 8.5 movie rating. It’s made for Canada children and Punjabi teenage boys and girls. I definitely recommend this if you want to watch the history of Punjab.

Jatt is Golmaal movie Binnu a Gangleader who had a heart-whole in his heart to fix this problem he demanded money from a Punjabi boy, who wanted to move abroad. This is a full comedy movie. There were lots of twist in that movie. Jatts In Golmaal packed with comedy and available on Netflix as well. For Australian people.

This is my one of Favorite Punjabi movie. Because in this Diljit got the first time to debut Bollywood movie chance. Udta Punjab is a movie where Shahid Kapoor, Ashwariya Rai, and Diljit are in the lead of this movie. This is a comedy and drama movie. People really enjoyed this movie. You should watch this movie Netflix.

I have mentioned more than 11 + best Punjabi movies on Netflix which are top-rated movies. If you have Netflix Subscription then it’s quite easy for you to watch these movies on Netflix. If you any other suggestions then suggest to us in the comment box.

5 Romantic Punjabi Movies Must Watch With Your Life Partner