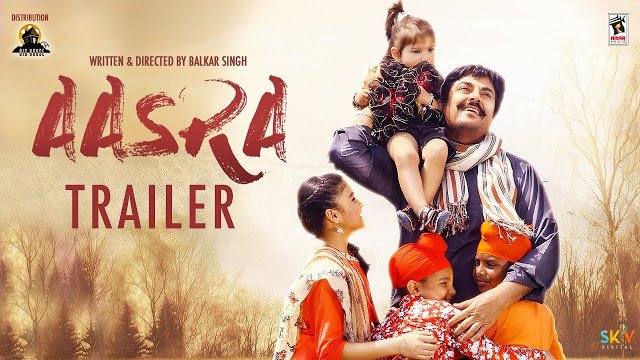 Aasra is a Punjabi movie, where Guggu Gill and Rani Chatterjee in the lead of Aasra movie. This movie represents a fully Punjabi relationship and emotionally. As we have seen the Punjabi culture is quite traditional.

The film is made under the banner of Divya Jyoti Film Entertainment and Bali Films. The movie produced name is by Raj Kumar. The story about rural culture is written by Balkar Singh and the director himself. The Asra movie is set to release in cinemas on October 4.

As the protagonist, the trailer for Guggu Gill’s upcoming movie ‘Asra’ has been made public. The trailer is full of family ties and emotions. In which entertainment is also seen with action.

The atmosphere of the villages is very good. They are well presented. Apart from Gugu Gill, the film will feature other famous actors like Rani Chatterjee, Tinu Verma, Gurpal Singh, Shubham Kashyap, Seema Sharma.

Looks like the movie is out of the box. With being one of the most influential elderly actors, the shelter still fails to impress us.

As the trailer begins it looks more like an accidental film from the opening scene. The movie is a family drama with a few shades to show the drunken father played by Gugu Gill.

Must Read This – Qismat 2 Punjabi Movie

He has misguided friends, a caring wife, his children, and an evil enemy. Aside from showing almost all the highlights of the film in the trailer itself, Asra is one of the many films to come and they don’t really know anyone. There’s a lot happening in the trailer. A badly edited trailer runs through different scenes, without interruption.

The Punjabi Actor Guggu Gill has done a plethora of movies in his life, however, in the 2019 year, there are 4 movies which he has worked with. Names are listed here – Lukan Michi, Jaddi Sardar Punjabi movie, Dulla Vally & Vally Jatt. Talking about the work of Guggu Gill, he is playing a leading role in the Punjabi film Nadi Sardar. The ancestral film performed well at the box office.

In the time of young actors, it is strange to see Guggu Gill playing the role of the father of young children. We have long seen him as a grandfather or a father growing up. For him, jumping into a small role is not appropriate. There are doubts about the show that the film will get when there is such a tough competition. But we will definitely miss it, except for everything.

This is a story and review of Aasra Punjabi movie Where Guggu Gill Plays an important role in this movie.