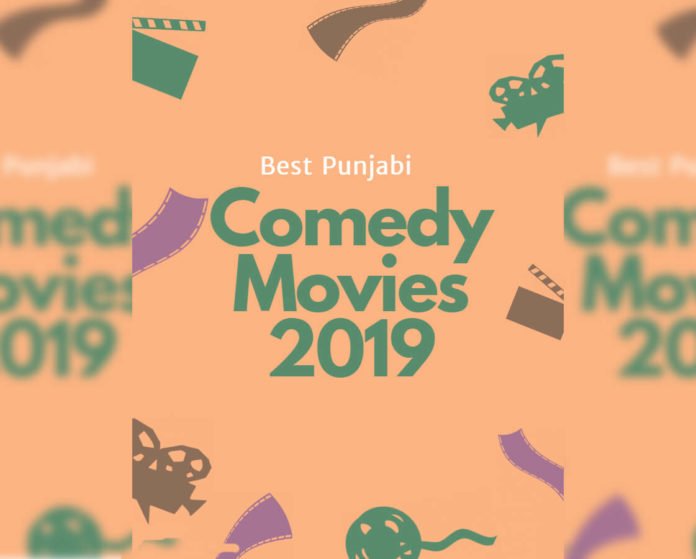 Punjabi movie cinema is growing rapidly. There are many superduper hits have released this year. There are many best Punjabi comedy movies that have already watched it. In this post, we’ll tell you about the best Punjabi comedy movies in 2019. People love to listen to Punjabi songs and even Punjabi Entertainment is getting huge Popularity. Especially not India in many more countries.

We all know that Punjabi movies are at the top of the world. This year there are Nemours movies that have created a new record in the Pollywood industry. You will see the list of best Punjabi movies below this paragraph. without wasting any time. Let’s get started for Best Punjabi movies 2020.

Mukhlawa is based on the story of a Punjabi film where the old Punjabi people have made rules for a boy where he can’t meet his wife till the girl’s father is ready to let his daughter go to his husband house.

The Ammy Virk was in hustle and bustle for his wife when he can meet her. Ammy Virk wanted to meet her wife at any request. The whole story starts and ended with this twist because he had done many funniest role in the Muklawa movie. The main star cast of this movie are Ammy Virk, Gurpreet Ghuggi, Karmajit Anmol and Sarbjeet Chemma.

I recommend you should watch this movie because you will never bore feel while watching this movie.

This is one the best Punjabi Comedy movie of this year. This movie has created a new record in the Punjabi cinema. The average movie rating of Kala Sha Kala movie is 8.5 Rating.

Both the person wanted to get wedlock to the heroine name Sargun Mehta. She was confused by whom she can be married. This is the best Punjabi comedy movie of 2019.

This movie released in the month of August 2019. Naukar Vahuti Da movie is a comedy Punjabi movie this year. because of the Punjabi actor, Binnu Dhillon has played the two roles in this movie. As you have seen in this movie poster.

The movie is based on a husband, wife relationship and a child who doesn’t get the love of her family. The main star cast of Nauakr Vauhti Da Punjabi’s movie are Binnu Dhillion, Jaswinder Bhalla, Gurpreet Ghughi and Uspna Singh. The best thing about this movie is when Binnu Dhillion became an old man to meet her wife.

Manje Bistre part 2 is the sequence of Manje Bistre. This movie is also the funniest Punjabi comedy movie. Story-based on a foreign country, where the family members moved to foreign to get their child married with Punjabi religious.

The Main character of Manje Bistre 2 are Gippy Grewal, Gurpreet Ghugghi, Karmajit Anmol and Sonam Bajwa. If you have watched the Manje Bistre part first then you should watch this movie.

Uda Eda’s movie story represents a Punjabi boy who confused to learn the English language for his better future. Parents in this movie Tarsem Jassar & Neeru Bajwa. They wanted their child to get the best everything.

The whole twist create when their child got admission in private school and he does a lot of craziest thing in the school. If you’re children reading in school they should watch Uda Eda comedy Punjabi movie 2019.

This is the second-best Punjabi comedy movie in the year 2019. We all know Amrinder Gil is the best Punjabi actor & singer. His most of the movie gotpopularity however, in this Chal Mera Putt Punjabi movie, there were 3 Pakistani comedians who were given full support to make this movie awesome.

The movie directed by Janjot Singh. The best thing about this movie is packed with comedy. The whole movie shotted in the United Kingdom because the story says how is hardworking Punjabi and Pakistani people to work in the United Kingdom. They showed their sacrifice in the Chal Mera Putt movie. I recommend you to watch this movie. Best Punjabi comedy 2019 movie ever

We have seen the first popular movie of Harish Verma as in Yaar in Anmulle. This movie in 2019, his first comedy movie is Munda Hi Chahida.

The story of this movie Harish Verma and Rubia Bajwa they wanted a boy child. In their family, there were already girls. All the society were pointing them you don’t have a boy in your house to solve this problem Harish Verma give a baby birth

We all have been watching their movies since childhood. The family is fully comedy they have done in the movie craziest thing which hasn’t thought yet.

We love to listen to the songs of Ammy Virk. Nikka Zaildar 3 a humorous movie ever. This movie is better than part 1 & 2.

Nikka Zaildar 3 movie where Ammy love to Wamiqa Qabbi in this movie. He wanted to wedlock with her but at the beginning of this movie, she did not like Ammy. However, the story turned with when Ammy’s father died and his soul came to Ammy Virk’s body. The craziest thing started with this how Ammy’s grandfather does the role play.

This was a movie in which all Punjabi People have enjoyed a lot, even my family have enjoyed. Carry On Jatta was a full comedy movie. The main characters were all Punjabi pivotal superstar which had made a superior role in Gippy Grewal, Gurpreet Ghuugi, Binnu Dhillion, and Jaswinder Bhalla are in the lead role of Carry On Jatta best Punjabi Movie. This movie is one of the most successful films of Punjabi cinema when it comes to Unlimited Laughter.

Jinhe Mera Dil Luteya was the first movie where Dijljit Dosanjh and Gippy Grewal had worked together in a the best Punjabi movie. This is a comedy and drama genre. The movie based on Yuvraj, Gurnoor, and Noor. The two rich landlords of Yuvarj Pradesh and Gurnoor have been talked about

One foot covered, they have been given a very important performance. While discussing concerns, be aware of the hiding of Yuvraj and Gurunur Noor when they are married. At the end of the Jine Mera Dil Luetya movie Yuvraj wedlock with Noor.

The story of three precious friends – Guri, Deep, and Sher Singh – who are building a university and living together in the hostels of the same university. The friendships we make in our student days are everlasting, and they remain with us throughout our lives. Our film explores the boundless friendship between these three boys as they do what students usually do on their student days. and much – unlimited laughter best Punjabi movies

Binnu Dhillion plays the role of a gang leader who has a heart problem. Doctors advised her to have a new heart transplant. Unable to find any healthy donation to his gang due to alcohol or drug problems with any member of his gang, he convinces the protagonist to donate heart by the film’s main character, Aria Babbar. and much more.

Sardar Ji’s beginning and jokes are funny and stupid too, though the other half could have been a bit annoying. Basically it is a Punjabi romantic comedy movie that presents a wonderful story The story of Dheeraj Ratna is filled with all the content of Sardar Ji – action, comedy, romance, horror and drama.

If you think that there would be more Punjabi comedy movies that should be on the list then just comment on your movie name. We’ll add your movie in this list.

These all are the best Punjabi comedy movies this year hope you love this post and you get the answer what are you looking for it.