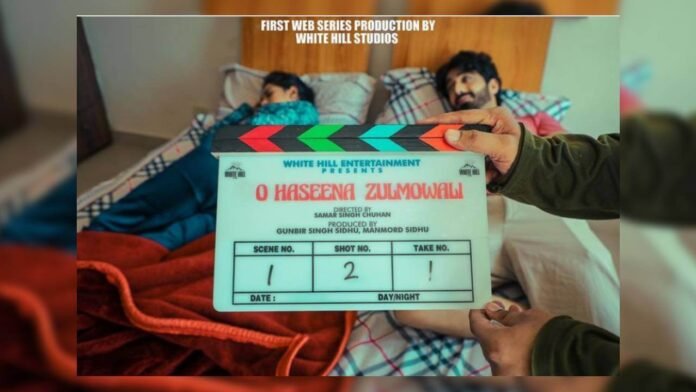 Renowned filmmaker and co-owner of White Hill Productions Gunbir Singh Sidhu has recently posted an update on his social media. This update was a clipboard image for a new web series titled “O Haseena Zulmowali“.

White Hill Studios is the most popular studio in the Punjabi movies industry. They have already given many super dupers hit movies like – Jatt and Juliet’ (part 1 and 2), ‘Romeo Ranjha’, ‘Punjab 1984’, ‘Sardaarji’ (part 1 and 2), ‘Channa Mereya’, ‘Carry on Jatta 2 and many more movies.

Check the post-update below

As far as his new production is concerned, this is the first web series to be produced by White Hill Productions. The series is directed by Samar Singh Chouhan, a writer, and director who has acted in Bollywood films like ‘Jab Harry Met Sejal’ and ‘Irada’.

The headline of the post reads, “God bless us all”. However, the actors in the scene are not clearly visible and the language of the web series is yet to be revealed.