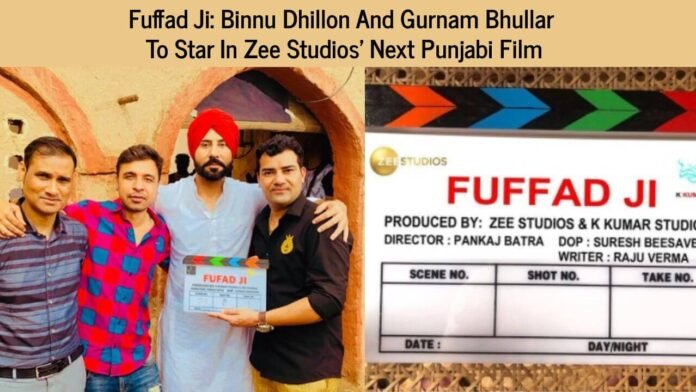 The shooting of Binnu Dhillon’s new Punjabi movie ‘Fuffad Ji’ has started. This information was shared by Binnu Dhillon by sharing a picture on his Instagram. The film is being made under the banner of K Kumar Studios. The film is written by the very talented Raju Verma.

According to director Pankaj Batra, the film will be a period family drama with comedy. Talking about the work front of Binnu Dhillon, many of his films are going to be released one after the other. His fans are waiting for his films.

The film will be directed by Pankaj Batra and produced by Kumar Studios and Zee Studios. Cast will be Binnu Dhillion,  Sidhika Sharma, Alankrita Sharma, and Annu Chaudhary will be seen in the lead roles in this. It seems that ‘Fuffad Ji’ will be a film with a special social message, which will have all kinds of spices which audiences need it.