If you’re are Punjabi movie watcher then you know very well what are the Best Punjabi comedian are there. Like Jaswinder Bhalla, Karamjit Anmol, Binnu Dhillion and many other superstars are therewith to showcase their comedy timing. The Amazon Prime Punjabi audience is mainly from Canada and India. Which love to watch online movies

In the 2019 -2020 year, there were super-duper hits Punjabi movies released. Punjabi movies are especially known for comedy, Romance and nowadays growing with action movies as well. Even Amazon Prime wants to capture the Punjabi audience as well.

Shadda is Diljit Dosanjh movies for those people who really are a big fan of Diljit Dosanjh want to watch Shadaa movie. Diljit had played Shadaa’s role in a movie his family members wanted that easily his child get married But this he faced a lot of problems find a perfect for his life. At last, he found his dream girl Neeru Bajwa and married her. This is a Comedy movie You should watch this movie on Amazon Prime.

Kala Shah Kala is my favorite movie of Binnu Dhillion Punjabi actor and Comedian. This is a movie packed with laughter and romance. The story based on the color of a man Dark Black color man played a role by Binnu and White color face boy was Jordan Sandhu.

The Movie heroine was Sargun Mehta. She had played many roles in Punjabi movies. This is a kind comedy Punjabi movie on Amazon Prime.

Chal Mera Putt is also a comedy movie in which Amrinder Gill, ‎Nasir Chinyoti, Simi Chahal  Imtan Thakur were in the lead of this movie. Even Janjot has announced the Chal Mera Putt 2 will be released this year in 2020. This is the movie was 6 Illegal moved to the United Kingdom and live to get PR. This genre is Comedy and Drama.

Gippy Grewal and Sargun Mehta are in the lead roles in the film. This is a comedy and romance film about a girl from Chandigarh who comes to Amritsar with the intention of canceling her upcoming bride but she spends a day with a complete stranger. Its slight fights and shocking scenes are the highlights of the movie.

Comedy is everything you need after a week of stress and the movie is full of drama, romance and lots of comical punches. Mandy Thacker and Preet Harpal are in the lead roles in the film. The movie is available on Amazon Prime with subtitles.

Secret agents are relatively new to POLLYWOOD. Unfortunately, despite Doorbeen, a DSP deputy has been sent to local bootleggers, they are still unchanged territory for Punjabi cinema. For the film, as the trailer has led you (not you, too) to believe, there may have been a chase between the Punjab Police and the locals of Villupuram. Instead, it’s a movie that tries to do it all in half, half romance and half-attempted comedy. 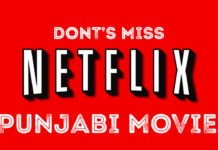 Best Punjabi Movies on Netflix You Must Watch These Movies 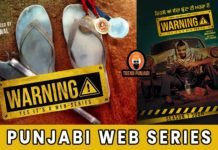 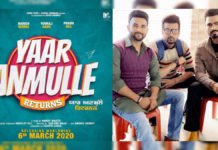