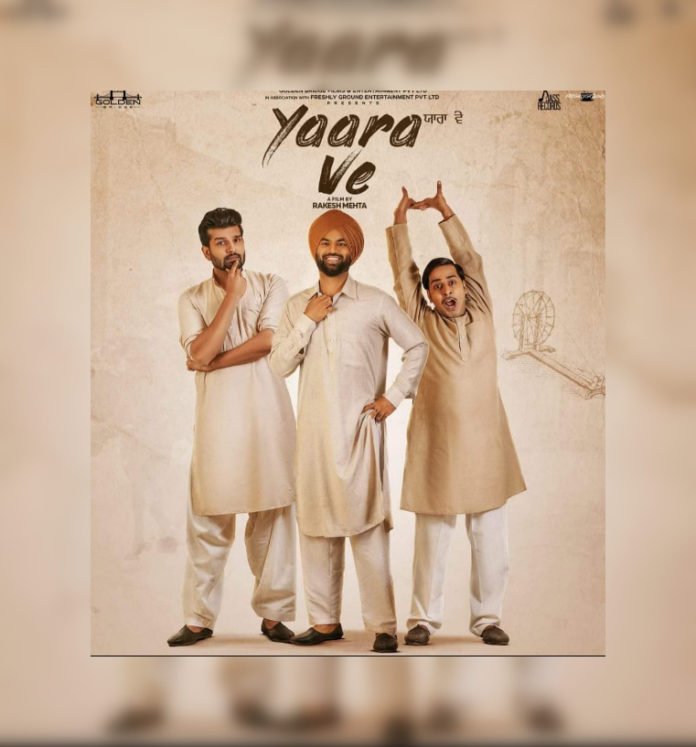 Hey, Punjabi readers hope you’re well. As you have seen the title, I know you are curious to know about Yaara Ve Punjabi Movie, Cast Names & Release Date. First you will see the cast names of Yaara Ve Movie , Next story plot at last when the movie is going to release worldwide ,so let get started.

Story Plot of the Punjabi Movie

Yaara Ve is an upcoming Punjabi movie. Which will indicates your childhood memories. this movie gives a pretty good moment. Notably those people who lives in Punjab to remember their childhood enjoyment which they had done few decades ago. Yaara Ve Punjabi movie represent the best friendship & culture between the two states India and Pakistan.

However the movie story made a big twist in interval, when the main character/ Actor due to massive reason. They had to left their country because India & Pakistan aren’t a one country, they had divided their territories that’s the big reason it.

The main Actor of this movie is Versatile youngest, Punjabi singe. Who has been released his umpteen single track. The one an only Gagan Kokri and Actress is American Punjabi model Monica Gill. She has done many Punjabi movies in her carrier but in this movie. She got a lead character of Punjabi movies which she was waiting for it.

Yaara Ve will releasing under the flag of Golden Bridge Private Limited and is coordinated by Rakesh Mehta. Who is outstanding for his motion pictures like Vaapsi and Nanak in Punjabi Industry.

Interesting and Shocking facts about the movie

Here are the some interesting and Shocking facts about the movie. One day what happened, the director Rakesh Mehta was waiting for his team to carry on the shoot. But when he came on the set he didn’t find any team members to continue his Yaarave Movie. After half an hour later the all the members of the movie came there and they started the shooting.

Want to know which are the upcoming Punjabi Movies?

What is the releasing date of Yaara Ve Movie?

I know you want to know when this movie is going to launch worldwide. Yaara Ve Punjabi movie date has been to release all over the world the date is 5 April 2019. Just go to the cinema’s hall and tell us how do you like the movie. so this is enough for toady.