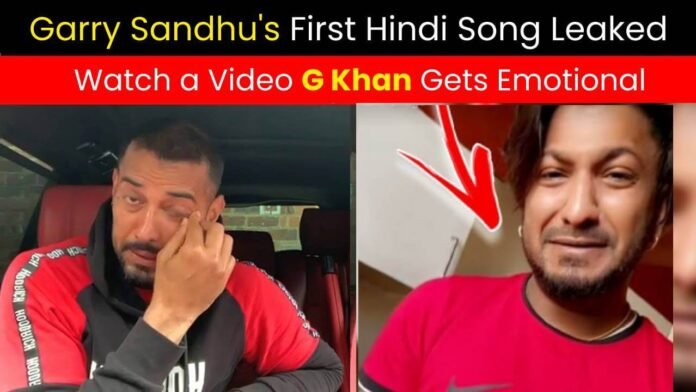 Someone has leaked the first Hindi song of Garry Sandhu has already won the hearts of the people with his songs. The song has already been leaked by someone before its official release.

Garry shared a video in which he expressed his sadness. While posting the video, Gary said he did not know why people leaked someone’s songs.

If it has been leaked now, you can listen to it again by going to YouTube. G Khan also gets emotional by the leak of the song. In a viral video, G Khan says that he worked hard behind this song. But people aren’t able to understand there is lot of hard work put in while making a song.

Let me tell you that Gary Sandhu is very active on social media. His videos are well-liked by his followers. Check out the video where G Khan gets emotional.