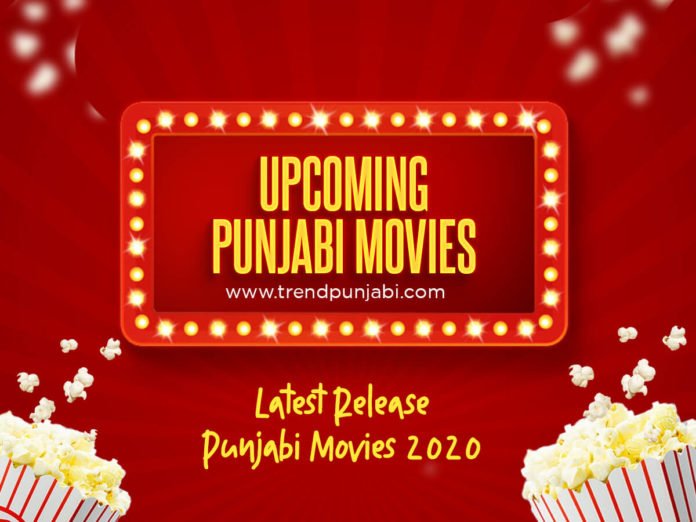 I know you are looking for the Complete List of New Upcoming Punjabi Movies 2021. Release Date of Punjabi Movies In 2021. We all want to know which are movies going to release this year.

Last year there were many super-duper hits Punjabi, we had watched most of the people love those movies. This year 2021 there will be many new Punjabi movies also we’ll see. let get started with the complete movie list which we want to watch it.

The Punjabi film industry is growing fastest in India. With interesting stories and wonderful music, Punjabi Cinema has captured the true existence of Punjab’s land and has been greatly appreciated.

Here is the complete list of New Upcoming Punjabi Movies 2021

Check out the updated list of Upcoming Punjabi movies 2021 along with cast and release date details below. From January to December month in the year 2021 each week there is one Punjabi movie that will be released this year.

A new Punjabi movie Qismat 2 is confirmed by Ammy Virk on his social media account. After the grand success of the Qismat movie Ammy Virk. The team members of Qismat have confirmed that Qismat 2 movie will be released on 23 September 2020.

Chal Mera Putt 3 is a 2021 Indian Punjabi-language comedy-drama film directed by Janjot Singh. Staring Amrinder Gill, Simi Chahal, Gurshabad, and Garry Sandhu as a lead role. The movie is produced by Rhythm Boyz Entertainment. The movie was scheduled to be released on 01 October 2021.

Yes I Am a Student is a 2021 Indian Punjabi-language comedy-drama film directed by Tarnvir Singh Jagpal. Staring Sidhu Moosewala and Mandy Takhar as a lead role. The movie is written by Gill Raunta. The movie was scheduled to be released on 22 October 2021.

Gippy Grewal is back with his new Punjabi movie Snowman Where you will get to see popular Punjabi celebrities together in a movie after a long time. celebrities are Neeru Bajwa and Jazzy B. This story is quite different as compare to other Pollywood movies.

Dev Kharoud is back with his upcoming Punjabi movie Daler. This is another amazing thriller movie. We had watched the movie Dev Khaurod and we know that he’s a tremendous actor. He has won the hearts of Punjabi Youth with his acting. Daler the official poster has shared on his Instagram account. It means that we’ll get again a serious movie in May 2021.

Daddy Cool Munde Fool 2 is a sequel of Daddy cool munde fool movie released in the 2013 year. Where Harish Verma and Amrinder Gill played a role in that movie. Jassi Gill has revealed the movie name on his social media accounts but he didn’t tell us who will be the second panter of Daddy Cool Munde Fool Punjabi movie. We have to wait for some time to get to know about an all-star cast.

The Punjabi singer will be seen as a new upcoming Punjabi movie Ullu De Patthe. This is the debut of all three members of Landers. Davey Singh has shared the poster of his upcoming film on his Insta handle and tell everyone something new with itself.

Galwakdi is now on the floor and it is likely that manufacturers will release it in 2021.  In addition to the lead duo, we have actor B. N  Sharma and Raviar will also see Punjabi cinema playing important roles in the film.

The star cast of this film is also mentioned in the announcement poster. The film also stars Gurmeet Sajan, Megha Sharma, Sardar Sohi, Naira Kaur, Baninder Bani, and Amar Noori as Rubina Bajwa, being one of the defining characters of singer-actor Ninja. The dialogue and screenplay are written by Jatinder Lal. Upcoming Punjabi Movies 2021

After the success in the year 2019 Punjabi movie ‘Guddiyan Patole” Gurnam Bhullar got singed again with the same director & team members. Gurnam has made a debut role in Guddiyan Patole Movie. Even this movie earned a lot of fame in Punjabi cinema.

Punjabi cinema is top on top of the world. We had watched many comedy movies but this time, we’ll get something new or exciting this year 2021 with the best Punjabi comedian movies like Binnu Dhillion and Gurpreet Ghuggi. Director is Sameep Kang. He has made superb comedy movies like – Carry On Jatta. The movie title comes with ‘Hera Pheri’ it means that Hera Phera in Punjabi style.